Weight-lifting, cycling and yoga are the sports which make you happiest, survey finds 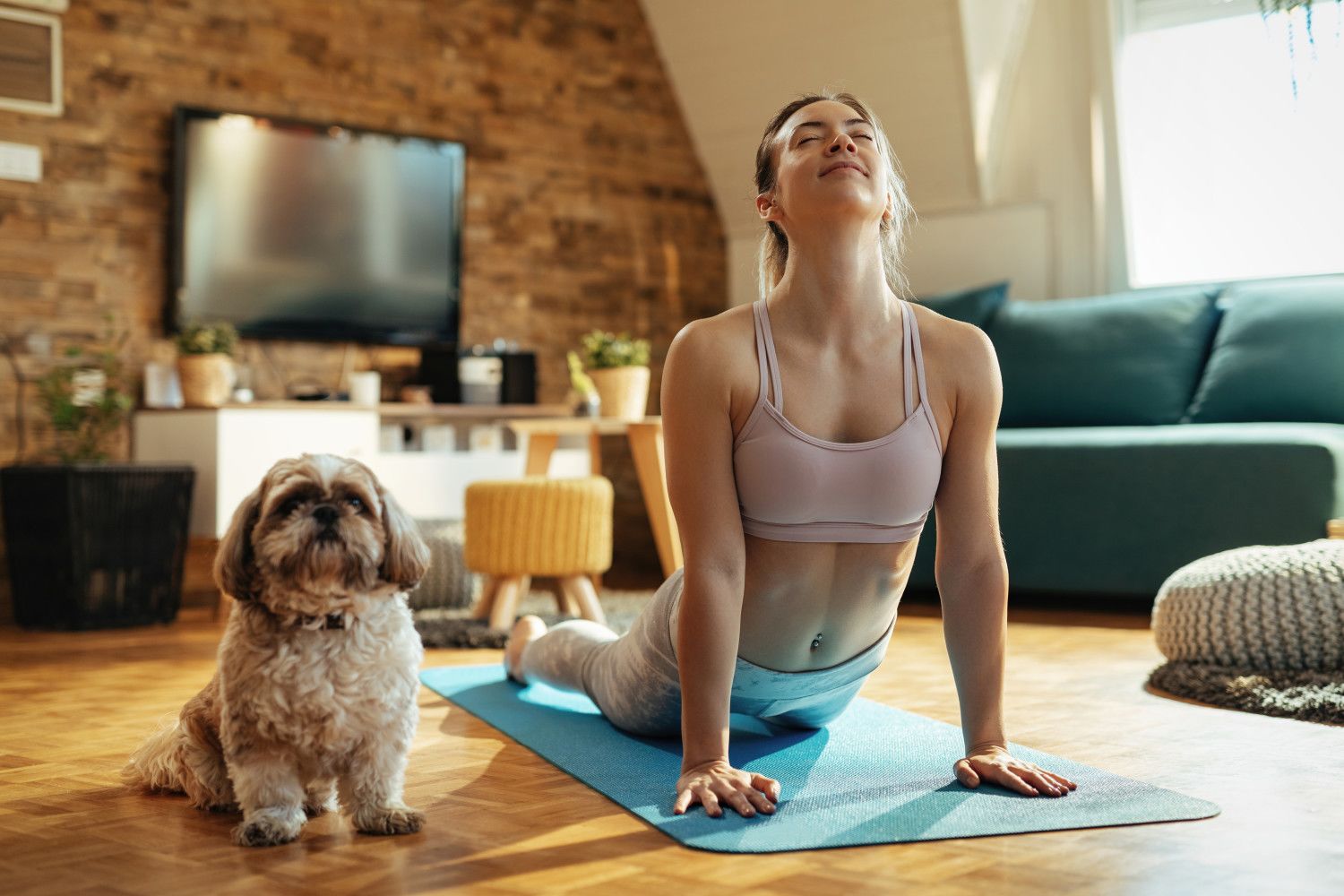 Yoga, cycling and lifting weights are among the sports which make Brits happiest, according to research.

And lifting weights sees them feeling happy for an hour and 15 minutes.

It also emerged adults believe they need to exercise for around 40 minutes to feel the benefits afterwards.

Walking was the most popular exercise for 54 per cent of respondents, who then feel great for around an hour and a quarter afterwards.

Other popular sports Brits turn to when feeling low include running and HIIT workouts, according to the study by Snap Fitness.

According to neuroscientist and psychology lecturer Dr Ben Webb, any cardiovascular sports – such as running and cycling – which are paired with periods of high intensity, will get mood-boosting endorphins flowing.

He also claims yoga is great to combat anxiety and depression.

But Dr Webb says all exercise – regardless of how difficult it is or what type – will change the brain in a positive way, by promoting the growth of new brain cells and chemicals that affect mood, memory and energy levels.

It also reduces chemicals that put you in a low mood.

And the very best exercises are those which you enjoy and will therefore stick at as well as those which offer a feeling of accomplishment.

Dr Ben Webb said: “It’s fair to say that all exercise is good compared to no exercise, 100 per cent. It’s going to be beneficial for your physical and mental well-being.

“But perhaps the most important thing is to pick something you actually enjoy – cardio is great, but if you hate swimming, you might not stick to it.

“For many, group exercise is also beneficial because it boosts bonds and connections within those people, which can elevate mood and aerobic exercise helps strengthen and improve those connections more deeply.

“Music is also good to work out to as most people have an instinct to synchronise their movements to the music, which will come out during exercise.”

The study found 83 per cent feel happier after exercising, while 47 per cent say it clears their head and improves their mental health.

A further 73 per cent feel better in themselves after exercising but just under two in 10 feel anxious before they start their workout.

While eight in 10 adults polled, via OnePoll, said listening to music while exercising lifts their moods even more.

Pop music is the most popular choice for a boost (54 per cent), followed by rock (36 per cent) – but the mellow tones of folk proved to be the least popular (11 per cent).

Jon Cottam, CEO at Snap Fitness said: “It’s fantastic to see that adults across the country get a happy boost from exercise.

“Our findings revealed that despite lockdown seeing a rise in home workouts, one in four still prefers a gym environment to do their exercise.

“The results really show how good an exercise can make us feel. It’s interesting to see that cycling and yoga are amongst the nation’s favourite workouts as they are all so contrasting in nature, but that shows different people get happiness from different sports.

It’s fair to say that all exercise is good compared to no exercise, 100 per cent. It’s going to be beneficial for your physical and mental well-being.

“Music can be great for motivation and happiness as you can tailor your workout to the beat, so it’s no surprise people love listening to pop music to spur them on.

“An active lifestyle will get you looking great, but we like to focus on the more important aspect of feeling great, that’s why we’re focused on helping move our members’ moods as well as their bodies.”

The findings mark the launch of the Happy-fit-ness experience, which consists of a reinvention of the HIIT workout focusing on Happy intensifying interval training and a playlist, designed to boost your workout mood.