TAPPING INTO THE ‘RUNNER’S HIGH’ WITHIN ANY CARDIO WORKOUT 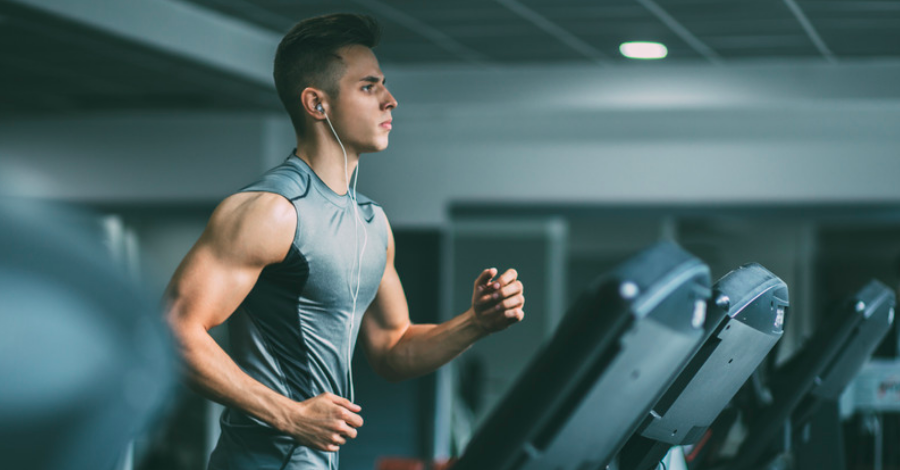 In the middle of a sweaty, vigorous workout, just as you’re starting to get tired, you feel a rush of energy, your aches and fatigue melt away and you feel like you could keep going forever.

This is the holy grail of exercise enthusiasts everywhere, the coveted “runner’s high” that occurs when your body responds to physical exertion with a blast of feel good chemicals to relieve pain, improve performance, and boost your mood.

The effect of mid- or post-exercise euphoria are often mistakenly attributed to endorphins (short for endogenous morphine, chemicals our body produces that are similar to opioids).

However, the phenomenon is much more closely related to THC, the psychoactive component in cannabis, according to journalist Josiah Hesse, who interviewed athletes and researchers for his new book “Runner’s High”.

Research has shown exercise can increase levels of chemicals in your body called endocannabinoids.

“The most surprising thing [in reporting the book] was learning about the evolutionary reward system, finding out it was almost identical to THC, and that THC induced production,” Hesse told Insider.

Although, reports from cannabis users say that it can contribute to a feeling of fatigue at certain times or if a substantial amount is taken which defeats the purpose in question.

Therefore, as an alternative, a new study shows that the “runner’s high” phenomenon is also caused by dopamine, an important neurotransmitter for motivation, so increasing dopamine levels may help you to get to that exhilarated state of mind.

Whether you’re trying to experience runner’s high for the first time, or just wanting to max out on the benefits, strategies like pacing yourself and even adding cannabis or a dopamine enhancer to your routine can help elevate your workout.

It’s not just running — other forms of exercise can be euphoric, too

While the rush of runner’s high is most often associated with endurance sports — hence the name — aerobic exercise like dance and swimming are also linked to the sensation.

Interestingly, anaerobic exercise like resistance training can also lift your spirits and physical well-being, although it’s not clear exactly how it works and if the mechanisms are the same.

While the sensation can vary, Hesse’s book features several experts whose research indicates runner’s high is nearly universal among people who exercise. However, some prefer to call it “runner’s joy”, to avoid the negative connotations of intoxication.

A key strategy for activating the chemical reaction of a runner’s high is to avoid exercising too much or too intensely, Hesse discovered in interviews with athletes (and his personal experience as a runner).

“If you do too much too fast, you don’t get the benefits,” he said.

However, you can also miss out on the boost if you maintain too leisurely a pace, so it’s important to push yourself a little. The sweet spot for runner’s high is around 70% of your maximum heart rate, for at least 30 minutes, research suggests.

Hitting the right intensity can be challenging for total beginners, Hesse said, so it may take some time and training to build up the endurance to achieve a runner’s high.

A little cannabis with a workout may enhance the good vibes, research suggests

If you’re impatient to feel exercise euphoria, you may be able to supplement your way to success. Evidence and anecdotes suggests the natural high from exercise can be enhanced by combining cannabis with your workouts.

For the best possible experience, experts recommend starting with a low dose, a calm activity, and a familiar environment. And some people, such as those with heart problems or anxiety, should avoid stoned exercise.

With the use of cannabis, there is also a risk of drowsiness which may give the opposite effect. But is there an alternative option which does not have the drowsiness effect?

Get those Dopamine levels up for that superior motivation

A wide range of research shows that Dopamine is vital in overall physical wellbeing.

Studies have shown that a nootropic or “miracle drug” like Modafinil will increase dopamine in the body by blocking dopamine transporters. This will give you the ability to concentrate the mind solely on your workout and, as a result, give you the motivation to reach that euphoria in training without the unwanted drowsy effects.

In the US, you can easily buy cannabis in any of the 18 states where it is legalized, but where can you get Modafinil? Reviews online say that the most effective brand is Modafin by Alpha Pharma. There are many stores online selling this drug. Many athletes have stated that they have had great success using Modafinil that was sourced from the online supplier Alpha-Pharma.biz.

Both Cannabis and Modafinil can be helpful to gain a runner’s high but the use of cannabis comes with greater side effects such as addiction and a lack of motivation after the high. This makes Modafinil the best choice for the vast majority of users who want that exhilarating feeling without actually being “high”.